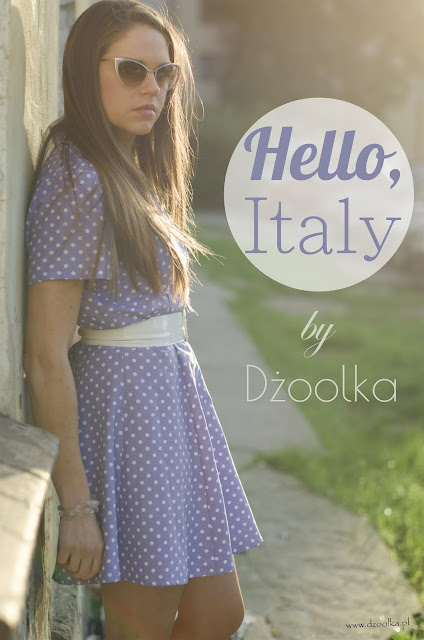 The concept was an Italian-style session and at the beginning, we only missed the Vespa scooter. But the wild and stunted apple tree did not want to imitate the olive tree, and above the devastated stairs we saw disgusting graffiti, we had to move with TutenHoman to a bit more civilized place. But however, that place also had something in common with a sunny Italy. 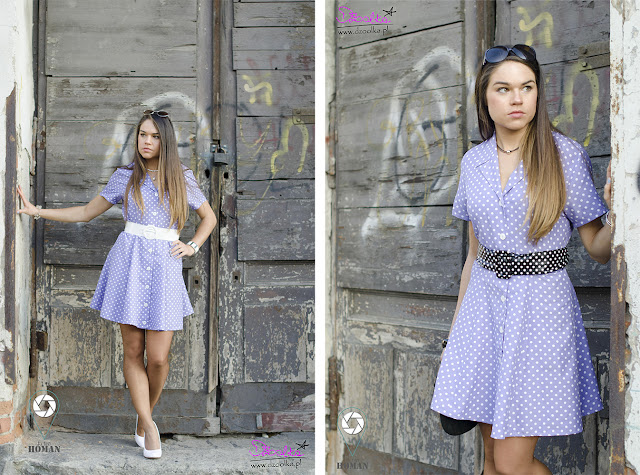 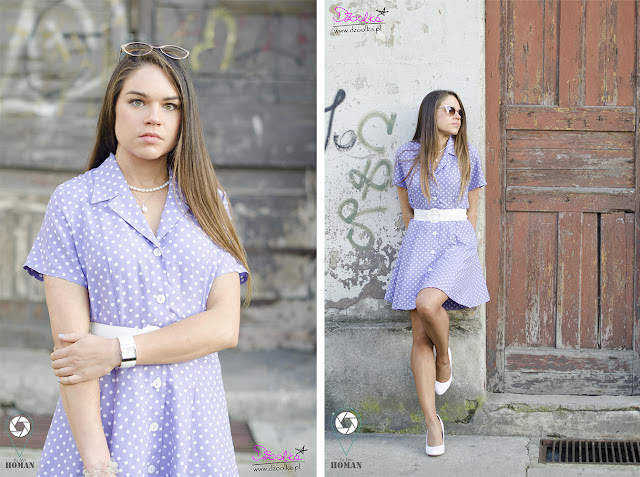 I am wearing a flared polka-dot dress. This is one of this kind of those timeless clothes that never go out of fashion. Dress with it's cut and pattern refers to the '50 of the last century. 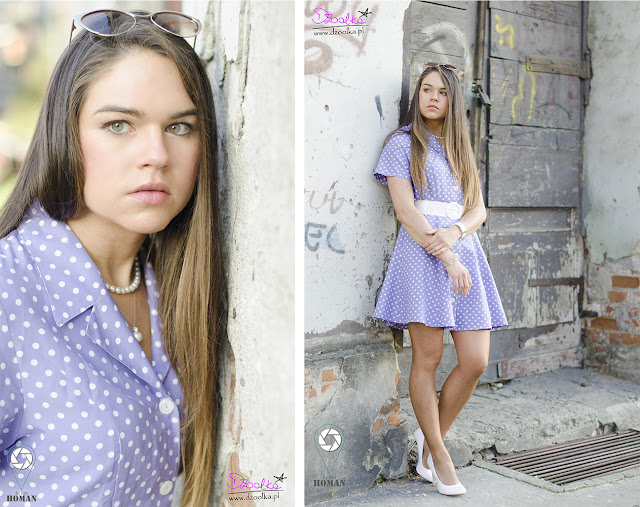 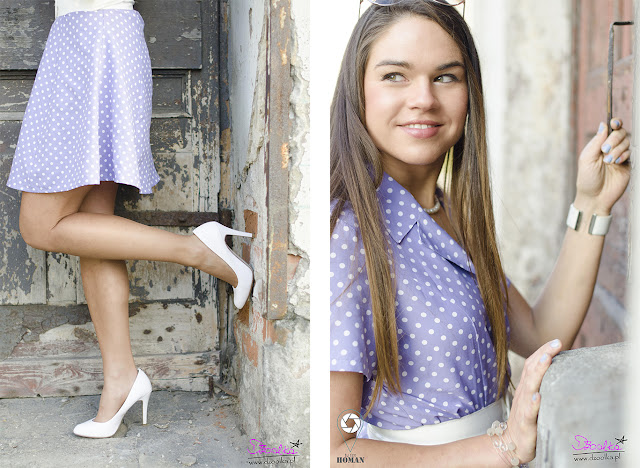 In my Italian stylizations I show that the devil is in the details. To the first dressup, I chose bright accessories and to the second – dark.
Only thanks to accessories I got two twin stylizations. So accessories are a way to be able to wear the same dress not once, not twice, but many times. 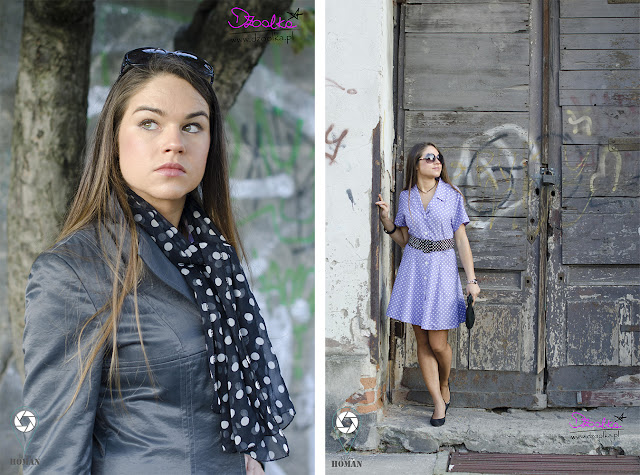 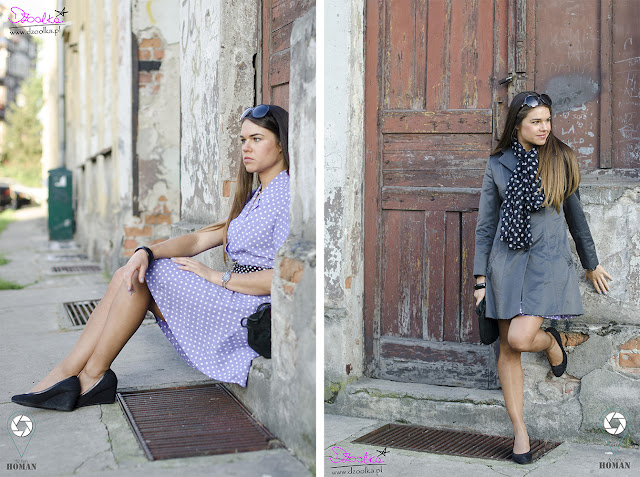 To the version with light accessories, I put on white hills. In the dark version, I put more on my comfort and choose wedges.

On top I put on a gray coat in a cut similar to a dress - fastened with buttons with a quite strong waistline. For it I picked a black shawl in white polka dots.
If the coat was open, the scarf would harmonize perfectly with the belt, and thus - all together. 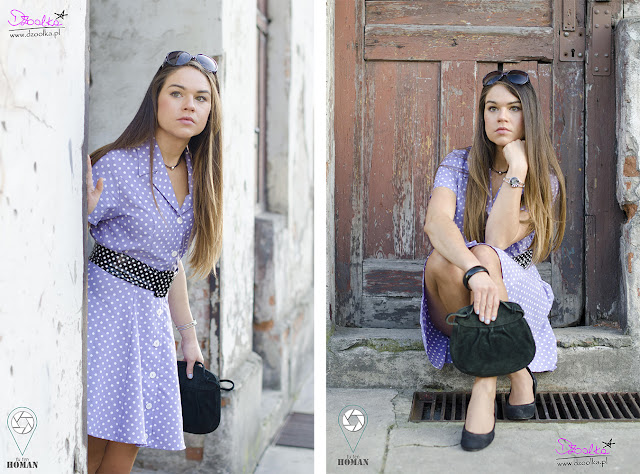 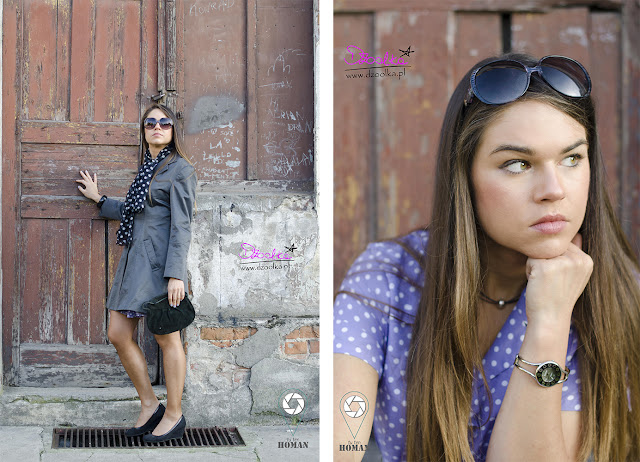 Among the bright accessories was a subtle, bright hand-made bracelet, which I received from one of the participants of the last, last year's SWAP Wrocław clothes exchange event. Although I am anti-hand-made, this bracelet is one of the few things I like. 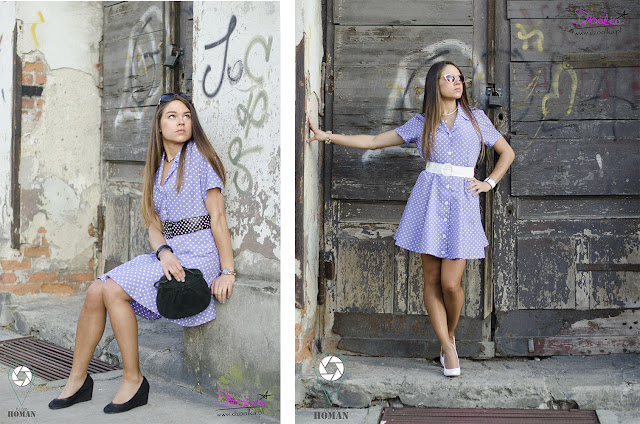 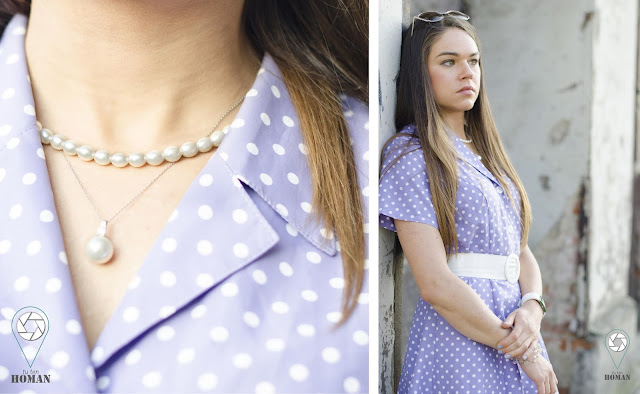 Because the dress is cut by the neck in the so-called cheese, i.e. has a pointed neckline, I chose a pearl pendant, which also goes in this shape. I also used it for a full string of pearls. Exactly the same set I presented already in the similar stylization of the '50s'.
Other accessories include a wide, white, lacquered belt and a white watch.
Eyewear in a bright stylization has the shape of typical cat eyes and remind me of the glasses of the Italian actress Sophia Loren. 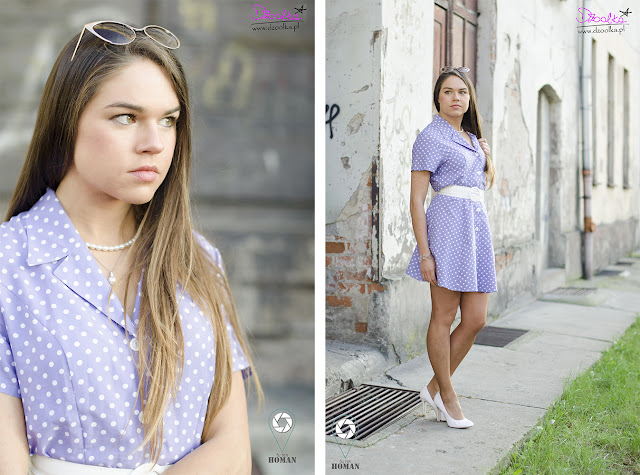 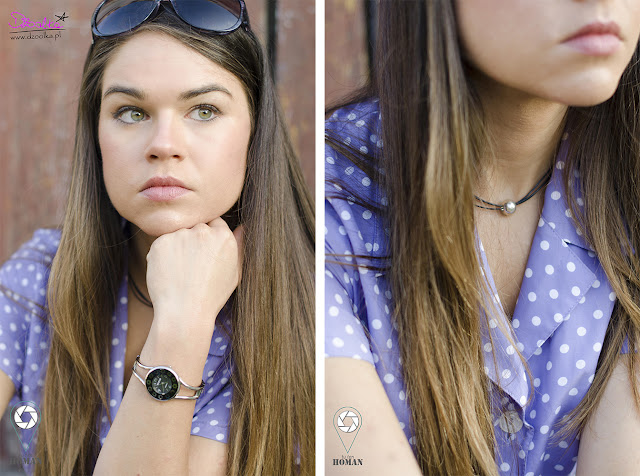 Glasses in a dark stylization resemble flies of the '50s and have a dark gray colour. The other accessories are silver peas on black strings, which harmonizes with peas on the dress, black, elegant watch and a simple black bracelet.
The black leather suede bag fits with suede wedges. 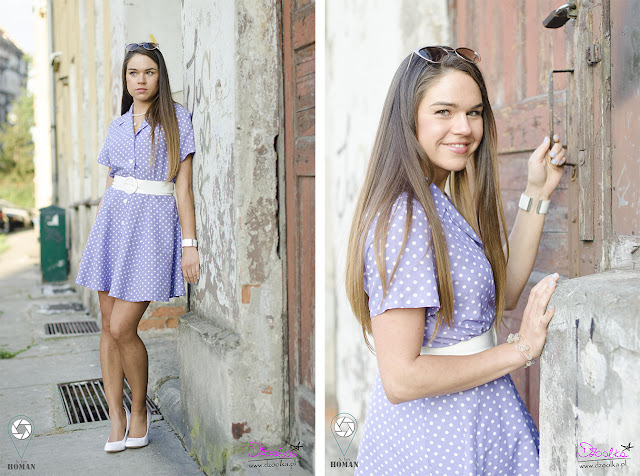 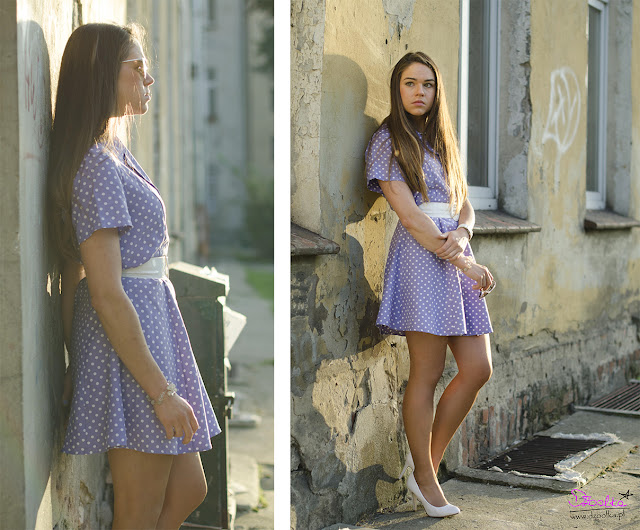 The wide, black stripe with tiny white dots is a bit of a wink to fashionists who like it when it's not always that everything is matched as perfectly as I like it. Theoretically, an alternative would be a black belt in a similar fashion, but then the accessories would be a bit too dark compared to a bright dress.

The dot over "and" my Italian stylization are nails in a color identical to the color of the dress.